Top 5 Star Wars chess sets to Save the Galaxy! 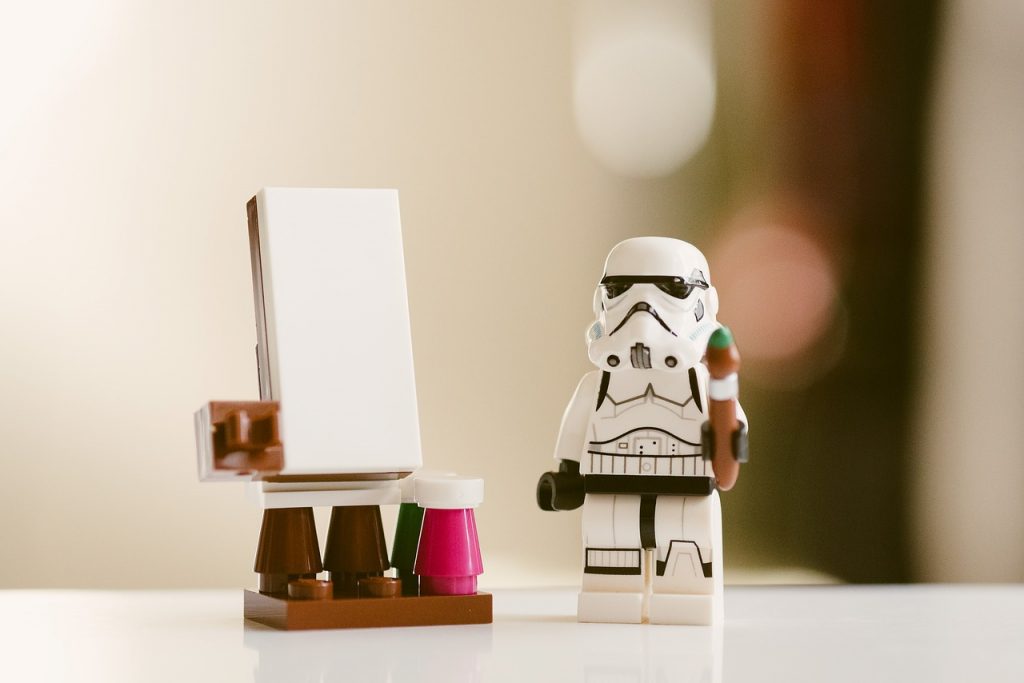 Prepare for a great battle that is beyond this galaxy, the star wars chess set is here! There are so many chess sets inspired by these movies because the star wars series are part of everyone’s culture since 1977.

The star wars chess set comes with beautifully sculpted pieces of the movie’s characters, there are different variations of the chess sets. Some will have Luke skywalker as king and princess Leia as queen, others will have Obi-wan Kenobi as queen and Yoda asking.

Everything depends on the movie they inspired the stars wars chess set and when it was released.

Our favorite characters from the stars wars saga come to bring fire to the chessboard. Decide who will rule the galaxies in an epic battle between two sides and may the force be with you.

Ok, when it comes to quality, we are talking about the real deal here. This is a star wars chess set created by Royal Selangor Company and distributed by Disney.

It’s a super-fancy collectible proper to have some chess games with friends, or maybe leave it inside of a box and never taking it out of there. It’s too expensive and for a good couple of reasons.

This star wars chess set is made out of porcelain with high-quality pieces with a luxurious design!

Comes with an official packaging licensee of star wars

I would not recommend this chessboard for everyone due to the high price, still, it is a piece of art.  For me it was interesting to see this kind of merchandise exists, just the REAL fans will buy this star wars chess set. 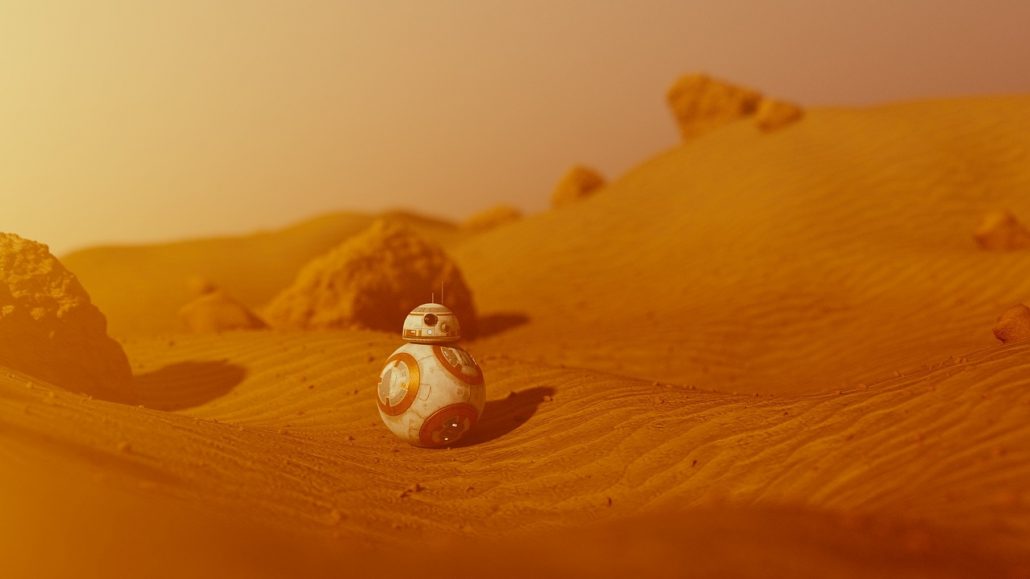 This is a retro type of star wars chess set, it is a traditional chess game but with all the essence of the 90s star wars series.

It comes with illustrations in the box, and instructive, plastic pieces, and a chessboard, all related to the star wars series.

The pieces are very colorful and well-made, they are plastic and the chessboard is cardboard. Pieces relate to the characters of the movie, except for the pawns, they are miniatures of the spaceships.

The chessboard is reluctant with an illustration of the space in it, some people say t it can be a little bit flimsy, but still nice.

The price is a little bit high for a chessboard, yet, this is a collectible as well. It can more accessible for people looking for a good gift or just to give a different approach to your chess games.

This is the best chessboard for the kids, it is colorful and functional because pieces have a mark on them indicating if they are bishops, rooks, and others.

The pieces are plastic and you will find Luke with his beautiful princess Leia as queen. It’s based on “The force awakens” movie so don’t expect the characters of the newly released movies there.

The players play the game as the light side and dark side, controlling the pieces that are correspondent. The light side is represented by the white pieces and the dark side is on the black pieces.

It’s really good how it is illustrated the star wars essence in this chess set, the player will have to choose between: Guiding the light side as Luke Sky Walker to stop the war or controlling the evil Darth Vader so he can own the galaxy.

On the dark side, you have the soldiers of the first order like General Grievous, Boba Fett, Captain Phasma, Darth Maul, and their mercenaries.

The light side counts with clone troopers, R2 D2, Han Solo, Finn, Chewbacca, and BB-8 to ensure peace and stop the evil plans of Darth Vader.

Star Wars Chess set Made by a fan 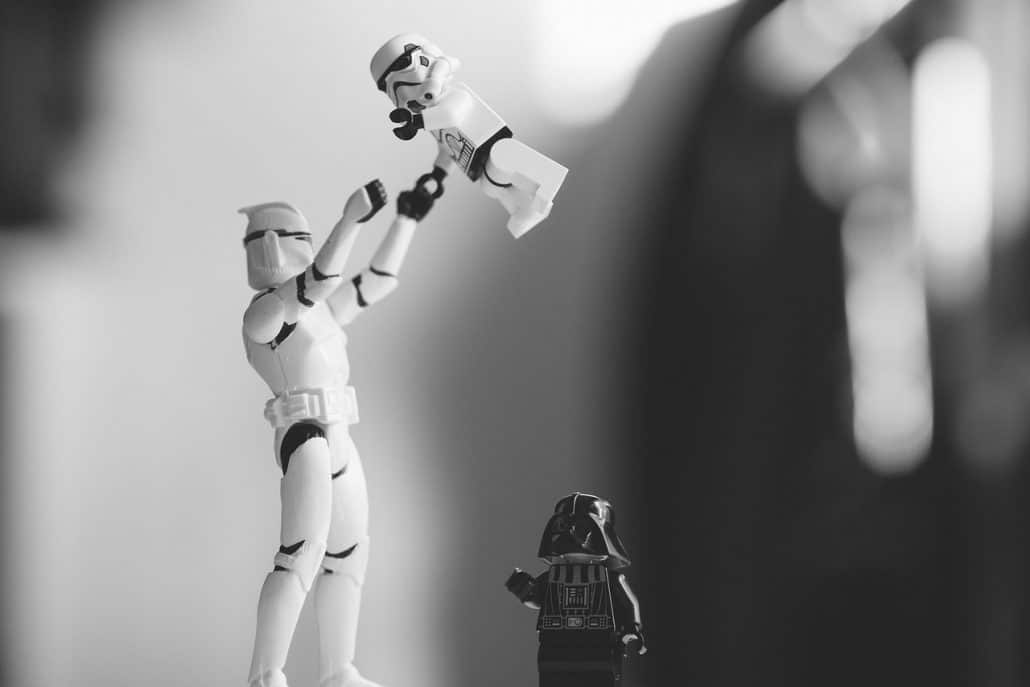 Don’t underestimate this artwork just for coming from a fan and not an official company. This product has great reviews by the users.

The price is excellent for a star wars chess set with a solid chessboard and pieces made out of good quality plastic.

For me, the best feature of this chess set that the pieces are not only the characters of the movie like Luke or Darth Vader. The pawns, for example, are little R2 D2s for the light side and clone troopers for the Dark side.

I also loved the bishops are mini Death-Stars, on the other hand, little battle space ships for the light side bishops are beautiful and highly detailed as well.

This is the cheapest and probably the best option on this list, for now, the pieces are big and heavy enough, the board is solid and big too.

I decided to bring something very special for the end, this star wars chess set is based on the very first movie of the entire saga.

This is why the characters you encounter in this chess set are the oldest, for example, Jar Jar appears as the rook here! Dark Maul is here too, Nute Gunray, and many others.

The pieces are pretty cute and with a lot of colors, also the chessboard has a “retro” aspect completed with the fantastic characters represented in pieces.

The chessboard is cardboard but with a plastic frame, also the pieces have a squared base so unlikely you will knock over pieces when playing.

One of the best options is looking for quality-price relations.

This Game of Thrones chess set is beyond belief

How to get better at chess: 5 Keys to Play like a Grandmaster

Happy Potter chess sets You Must Have – The Funniest Chessboards