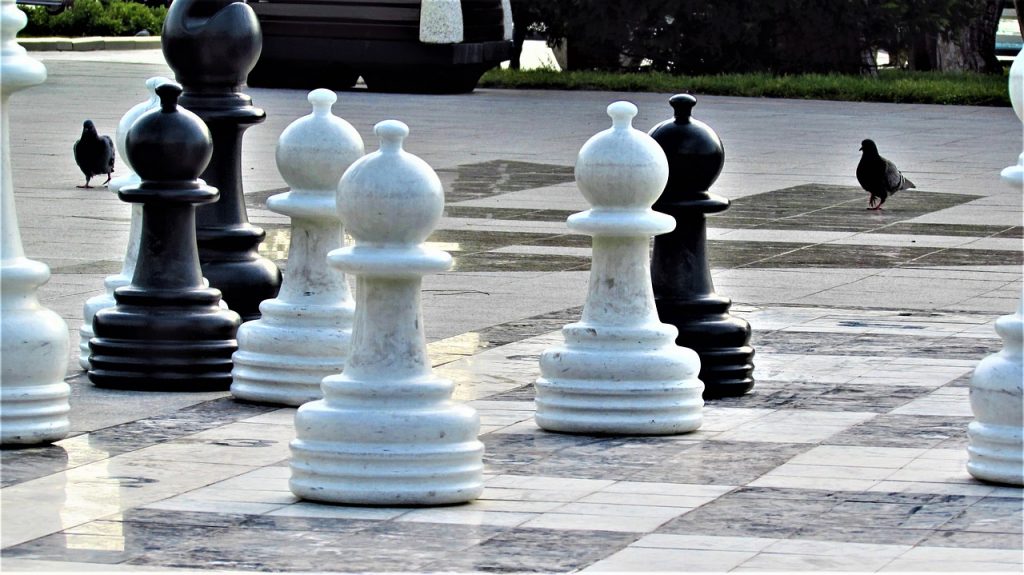 The Urusov Gambit is an interesting way to play the game in which we want to get a development advantage with white. It will require your opponent to be prepared, or lose in a few moves if he isn’t prepared.

Be aware that there are some transpositions and some moves we need to know about as well. White should be prepared to play some positions from the Scotch game as well, to avoid getting a bad position quickly.

The Urusov is a pretty effective weapon, especially in blitz, and you can actually accept the gambit, but the practice has shown this is suicidal. It has given many victories to masters at the top level, it is a great weapon to surprise.

There are two important variations in the Urusov, which practically is one, but one can accept or decline this gambit. Anyways, if you are an aggressive player who doesn’t mind giving away a pawn or two for the initiative this is your opening!

If you want to become a master at playing the Urusov gambit keep reading this post until the end!

Mainlines of the Urusov gambit

First, the Urusov gambit appears on the board by the following moves: 1.e4 e5 2.Bc4 Nf6 3.d4 exd4 4.Nf3 and here we are. We have many options for black here, and we will play differently on them:

The first move d5 is a regular response in this kind of opening, for those who know this gambit they know how dangerous that bishop is. So many players decide to shut it down once for all, and the game could follow:

And we have an interesting position. White isn’t unhappy with this position, black has played too defensively, and that left white with a development advantage.

The other move c6 is a little slower but tries to be more solid, controlling the d5 square and preparing to push the pawn. In this case, the game could go this way:

We have a healthy development and count with limitless patterns and ideas to counter black, it is really difficult to play for your opponent here.

These variations are the ones your opponent might play if he knows what he is playing, which is not going to be the case most of the time. The following two moves are incredibly the most popular, and the most fun, at least for one side…

The move Nxe4 unbelievably loses on the spot, and you will see why very quickly, it’s an amazing line, you should play like this:

And this is such a dangerous position! As you can see here, white’s lead in development is getting really tough here, and black must play accurately to not get destroyed.

Now, let’s analyze another important position that you may have noticed before, what happens if the game goes 1.e4 e5 2.Bc4 Nf6 3.d4 Nxe4?

Well, in this case, we have to know white can win the advantage really easily here, just by the simple follow: dxe5 and now white has a lot of resources involving Qf3 and other moves, let’s show for example a game with this variation.

White simply recovers his piece and with several advantages as a bonus, including an exposed enemy king on the center.

Plans and ideas of the Urusov gambit

The Urusov Gambit is one of those perfect openings to beat rivals in a blitz game or rapid. However, it has shown to be really solid, and it could probably be playable even in other modalities like classic too.

The Urusov gambit centers all of the attention on development, it soundly offers two pawns, as we saw. Nonetheless, white would gladly allow black to take them, as we proved, the consequences for black are catastrophic.

In this kind of gambit, we have to play sticking to the rules and principles of attack mainly. Try to win a tempo on every move, and messing up with the development of your rival is key to success.

Even if black knows the theory, plays correctly, and manages to develop, White will always have a good position. Remember that in most cases white will castle long and you will have to attack the kingside respectively.

Sample games in the Urusov gambit

Here we have two short games that show in a beautiful way how powerful the Urusov gambit can be. This is one gambit that is sure worth studying!