In 1952 the grandmasters Samuel Reshevsky and Miguel Najdorf were playing chess in a double match for the title of Champion of America (North America, Reshevsky, vs. South America, Najdorf). Mr. Miguel Najdorf recalled this with much grace, in an old interview with Eduardo Scala:

“We had to play chess in three countries: United States, Mexico and El Salvador. When we played in New York, maybe because I enjoyed life in excess, I have lost the first four games. Then a journalist asked me, ‘Master, what do you think about Reshevsky?’ And what could I think, that was losing 4-0… So I simply answered, ‘He is an admirable player.’ Later they asked Reshhevsky, who like most of the chess masters, is very proud, ‘What is happening to Najdorf, why is he losing in such a way?’ His answer was, ‘Nothing is happening to Najdorf. He is playing chess with Reshevsky, that’s all.’

We played the second part of the match in Mexico, and I won him three consecutive games, hence the result was 4-3. Then they asked Reshevsky, ‘What is going on with your game, master’? ‘The height affects me, the food as well, etc.’ Then they asked me, ‘What is happening to the grandmaster Reshevsky, why is he losing in such a way?’ My answer was, ‘Nothing is happening to Reshevsky. He is playing chess with Miguel Najdorf. That’s all.’”

The truth was that Samuel Reshevsky, a tough player of the match, won that encounter 8-4 with 6 draws.

The young prodigy Samuel Reshevsky had, during the past decades, led the American and classical chess. But then, a brilliant opponent emerged: Reuben Fine. This young master had a meteoric irruption on the international board. And many remembered his predecessors, Paul Morphy, and Harry Nelson Pillsbury. In 1936, Fine started a 19-month tour around Europe, in which he played 13 tournaments and won eight! He had also beaten in a match, the great Swedish master Stahlberg (4-2 and 2 draws). However, he could never win the USA Tournament. He was very close to winning in 1936, 1938 and 1940, in which he finished in second place.

The vanity and arrogance that characterized Samuel Reshevsky made him ask his all-time favorite question: “Do you know why Fine could never win the USA Championship?” The listeners never knew. “Because I didn’t let him”, he explained, with a malicious smile…

Samuel Reshevsky was a genius, yes, but arrogant also.

Does the position have a spirit?

If the called Soviet School was characterized by something (not for the style or play way of their members) it was for a rigorous study of the opening and the middle game theories. And that outstanding and canonical research, with which many generations of players were educated, gave rise to a technical language, which still lives today.

One of the most widely used expressions is “the position spirit (or character)”, something that would hardly be found in the chess literature, before 1930 or 1940.

In the tournament of Zurich (1953), at the eleventh round, Isaak Boleslavsky was playing against Miguel Najdorf. After the 8 Dxd8 (changing queens) of his opponent, the hyper-stimulated Najdorf asked him:

-Did you do that play looking for a draw?

-Does it mean you play to win?

-I did the play required by the spirit of the position.

The match of Mikhail Botvinnik-Flohr…

In November 1933, an encounter of classical chess had taken place that had to awaken great expectations in Soviet Russia, between Mikhail Botvinnik and Salo Flohr, who was one of the great stars of the time.

The match was scheduled for twelve plays, playing the first six in Moscow, in the famous Hall of Columns of the House of the Unions, and the other six in Leningrad. The fever awakened by the encounter reminisced the one who lived during the great international tournament of 1925, and a proof of this is reflected in the verses of the famous poet Semion Kirsanov:

I have never played chess in my life,

but in the days of the match of Mikhail Botvinnik-Flohr

exhausted by all the matches and tournaments.

One hundred pans squeaking in my brain.

By the streets, do I walk? At knight’s pace.

Or I ride, feeling my own nooks.

I neigh, anyway, as if I was possessed.

The final draw, 2-2 and 8 draws, did not resolve the question, but will later be solved by history.

(Read more about the problems of Mikhail Botvinnik in the USSR here.)

There exist birth circumstances that imprint personality on the baby still in the cradle if, for example, you have a Russian mother, a Greek father, and you are born in Kiev. Such was the case of Nicolas Rossolimo (1910-1975) who wandered through Europe looking for his place in the world.

Before he turned twenty, he has been, for example, a longshoreman in Istanbul and Marseille. Then, Paris. Later, America, in search of the Promised Land. It all seemed to be from a movie by Elia Kazan. Over time, in his erratic existence, the man mastered several languages, became a black belt in judo, and learned to decently play the concertina (an instrument similar to the accordion).

Smart and meticulous in the extreme during his youth, Nicolas Rossolimo won the title of Grandmaster at maturity. In that phase of his life, his game became more solid and consistent.

A journalist (and as we well know, journalists can be more annoying than a bedbug) asked him why his chess play became more conservative. Nicolas Rossolimo answered: “Look, when my opponent pushes me too much in the game, I clench my teeth and I tell myself: This guy wants me back in the docks!”

Nicolas Rossolimo was a taxi driver in New York. But when his results improved, he became a professional chess player, creating his own academy. Tragically, he fell down the stairs of his house and the fall killed him. Just like writer Julio Cortázar said, “there are stairs just for climbing.”

The grandmaster Efim Bogoljubov, who had disputed two matches for the world title with Alekhine, had among his colleagues the reputation of having the questionable gift of inappropriateness, being also an addict to bad humor. As described by the great Viennese commentator, Hans Kmoch, “Efim Bogoljubov is like a bear. If Efim Bogoljubov wants to shoo a fly, he kills in a single hit – both the fly and the tamer.”

In a famous anecdote of his game against Tarrasch, being the last one for him before he died a few days later. Without thinking twice, when relating about his victory against Siegbert Tarrasch, Efim Bogoljubov titled it “The game that killed Dr.Tarrasch (checkmate)” 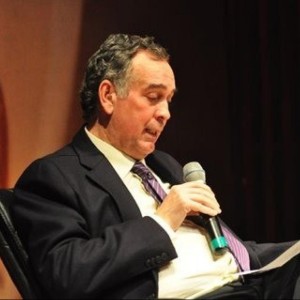