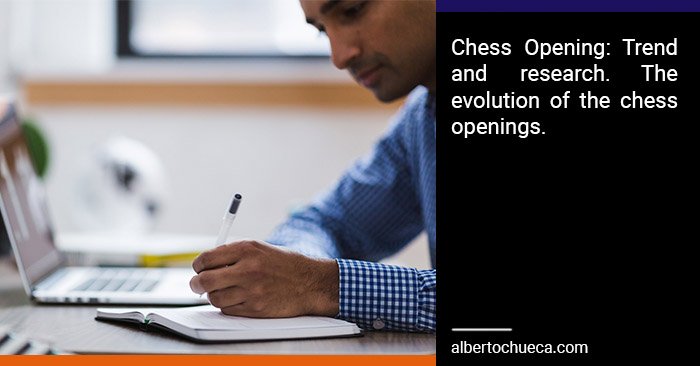 Back in the 1950s, the soon-to-be world champion Vasily Smyslov considered the King’s Indian Defense as incorrect. Playing the Scandinavian was seen as folly, not to say absurd. And because of that, there were no signs of it in the high competition. A man named Tigran Petrosian responded to all the openings for semi-open with a 2.d3 and the King’s Indian Defense. There was no news of the Giuoco Piano (or Italian chess opening) and its variant ‘pianissimo’.

A few decades later, the King’s Indian Defense became one of the most popular defenses against the Queen’s Pawn. The Scandinavian occupies an honorable theoretical place in the semi-open defenses. And the King’s Indian Attack has lost the effectiveness of its first successes. Though it still retains a considerable number of adepts. And the close Italian (with d3 and others) has gained prominence ever since. By the end of the 70s, the GM Sergei Makarychev had recovered it, revealing to us many of its secrets.

The babelic world of openings…

During the second part of that decade (1975 onwards), the Sveshnikov/Pelikan Variation was creating serious havoc, along with its revisionists, Evgeni Sveshnikov and Gennadi Timoshenko, the prophets of Chelyabinsk. By the end of the century, Sveshnikov said that his technique did not make much sense, because whites can play advantageously 3.Ab5. Does that mean that Sveshnikov has been refuted? No, it means that it is possible to elude it and corner it.

In the event where after 1.e4e5 2.Cf3, and the blacks responded with 2…Cc6, in 90% of the cases the whites would follow with 3.Ab5, the Ruy Lopez is also known as the Spanish Chess Opening. But in the matches of Karpov-Kasparov or Kasparov-Karpov, the Scotch chess Opening made its entry with all the honors. Thanks to the important analysis of Sveshnikov, among others.

Until the 80s, the Petrov Defense was a minor defensive system, considered by all the great players as an opening without perspective, in which the blacks were lack of all counterplay. However, the contributions and practice of Yusupov and other grandmasters lifted it to a foreground among the answers to the king, showing its dynamic possibilities, in addition to spotlighting its robustness.

“Such is life, my son”, Kipling would say.

Mimicry preys in the theory of openings, a world subjected to trends and beyond trends to constant research and revision. And it is good to be like that, for the benefit of chess.

Vladimir Kramnik shared a funny article some years ago about chess openings.

Rustam Kamsky, the father of Gata, hired Alexander Jalifman in 1989 as an analyst and trainer for his son. Not without establishing the “theoretical” bases of the relationship beforehand.

“Our favorite opening“, he said “is the Catalan, which we usually use against the Grünfeld. So, as a specialist in openings, please tell us what defense can take advantage of the Catalan?”

Surprised, Jalifman tried to imagine a way to conciliate the two chess openings. But in the end, he apologized because he couldn’t recommend a way to combat the Grünfeld with the fianchetto of the king. Then Rustam maliciously asked him if he could count with his discretion about the familiar “theoretical secrets”. In light of the affirmative response from Jalifman, Rustam fired him the next day.

The grandmaster Semion Furman (1920-1978), best known as the first trainer and mentor of Anatoly Karpov, had conceived a great theoretical project, and so one day he expressed to a colleague:

“I want to study and dominate in depth all the chess openings derived from 1.d4”

“And what would you do when you finish?” asked his friend.

In 1979, Michael Basman started to play assiduously the Grob Attack (1 g4), in which he also sublimed, answering 1 … g5 to 1 e4. Basman, an international master and enfant terrible of the British chess, had modified all the players of the circuit with his fearsome extravagances. He was doing postures and even radicals, like 1 a3 and 1 h3.

In 1991, Basman published The Killer Grob. Of course, he wasn’t implying that Henri Grob, his inspirer and master was a murderer, but referring to the lethal character of his opening. Although the author showed a meticulous theoretical study of Grob, the book started with a disturbing and unequivocal dedication to Jerry Lee Lewis. The father of rock and roll, who was also nicknamed The Killer; followed by a listing of the victims of the chess openings.

In the following tests, and to create further surprises, Basman recommends the usage of an imaginary device, the grobometer, used in measuring (our) skills when using the Grob. When its indicators are at the minimum, the grobometer relieves with the advice:
“Play the Queen’s Gambit.”

▷ Chess World Cup and the FIDE. Read how they work.
Scroll to top