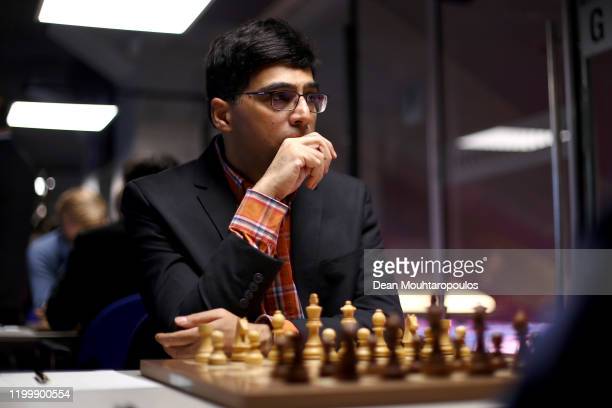 Viswanathan Anand is one of the greatest chess players of all time, and no doubt the best from India. He was the world champion five times, and he was among the best in the past chess generation.

Viswanathan Anand has an incredibly creative game, and he is excellent for tactical combinations too. He defended his title against ridiculously strong players such as Veselin Topalov, Vladimir Kramnik, and Boris Gelfand.

Everything until Magnus Carlsen got the title away from him, but, undoubtedly he is one of the best chess players today.

Viswanathan Anand was especially known for his speed, as he was excellent to play blitz back in 1980. That was so everyone used to call him the “lighting kid” for his ability to play fast time controls.

Viswanathan Anand got his title when he was 19 years old in 1988, and he was playing since he was 6 years old. He was also the first Indian player to be awarded the “Rajiv Gandhi Khel Ratna” the maximum sports acknowledgment in India.

Today we will analyze a little of Viswanathan Anand’s games and see what we can learn from them, I’m sure is a lot.

How did Viswanathan Anand became the world champion?

It’s interesting to hear how Viswanathan Anand became the world champion and is a story that you will enjoy. As this happened at a moment when there were a lot of tensions on FIDE because of their formats for their tournaments.

In 1998 the FIDE world chess championship started with a 100-player eliminatory tournament. Viswanathan Anand was participating along with the best layers of the moment in the tournament.

Garry Kasparov decided not to enter the tournament criticizing FIDE’s way to decide the world champion. As regular players need to win a tough tournament against many players to play the champion, does the champion just need to play some games against a tired player?

Garry Kasparov refused to enter the tournament nor recognize it, which allowed Anand to play without his greatest rival in the tournament.

The winner would have the chance to play the world chess champion, who at the moment was Anatoly Karpov.

It was a tough three weeks tournament against the best of the best in chess. Anand played 21 games in 23 days, classic, and blitz games for tiebreaks, which is considerably exhausting.

After beating his opponent in the last phase of the tournament in a sudden-death blitz match, Michael Adams he immediately organized a fly to play Karpov. Viswanathan Anand had just 4 days to prepare against Karpov, as Karpov had a lot more time.

In the end, the results were 5-3 points in favor of Karpov, so he would retain his title. After that, Viswanathan Anand complained, making fun of the competition like: “It was like asking me to run a 100-meter sprint and then complete a marathon”.

And the best player in the world by the rating of the moment, Garry Kasparov, stated that he wouldn’t recognize that result.

What is Viswanathan Anand’s playstyle?

The style by Anand reminds me of the exquisite way to play chess of the IM Mark Dvoretsky and Yusupov. He tries to eliminate the counter-play their opponents have before going to his attack.

He is particular in that case, once he has the advantage he won’t put pressure on his opponent, but make him struggle. The way VAnand does it is by leaving no possible move to them!

If you want to learn about prophylaxis, reviewing Vishy Anand games is a very good thing to do! Also, you can simply expect a grandmaster with a very polished technique, and very trained tactical positions.

Some of the best game by Viswanathan Anand

The first game is a savage Sicilian defense played by Anand against GM Serguei Karyakin.

Now, we will review one of the most interesting games Viswanathan Anand against Garry Kasparov.