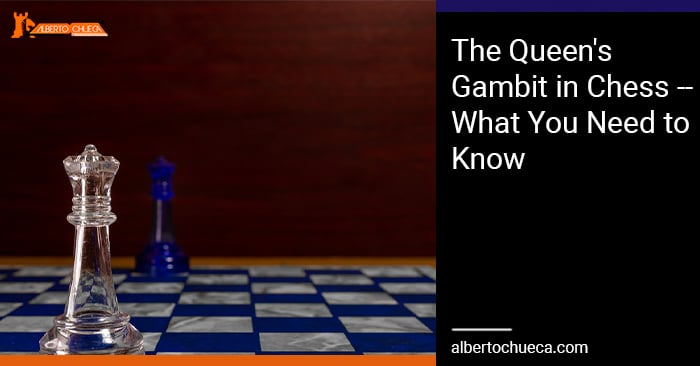 Was it interesting? Share it to help!
Click to rate this post!
[Total: 1 Average: 5]
Most beginners are taught to play 1. e4 as White, as it controls the center and paves way for pieces to come out immediately. However, there are people who are starting to pick up 1. d4 as a strong alternative. The only downside to d4 is that it will delay castling by a few moves. However, players appear to be finding that d4 might be more solid, lead to interesting positions, and quite simply, might be better for their styles. The first 1. d4 opening we should learn is after Black mimics White’s movement with 1. d5, in which we can play the Queen’s Gambit opening in chess with 2. c4. We will be looking at variations including the Queen’s Gambit Accepted, Queen’s Gambit Declined, and the Slav Defense.

What is the Queen’s Gambit?

The second move, c4, seems like a very odd move, especially to beginners. We must first off answer this question by answering what a gambit it. A gambit in chess is when you give up material (generally a pawn), to achieve non-material compensation in return. Some examples of compensation you might get are greater space, an initiative, an attack on the opponent’s Kingside, etc.

Essentially, that is what the Queen’s Gambit in chess is. White temporarily sacrifices a pawn, to force Black to make some concessions. We will be looking at specific variations today, and we will start with it Black accepts the gambit. 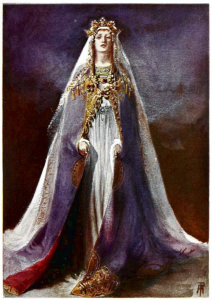 If we’re going to gambit a pawn, we obviously need to start with the variations where Black takes up White’s generous offer.

As we see above, Black temporarily has the extra pawn on c4, but it will not last as players who play the Queen’s Gambit in chess know. White will generally play pawn e3 or e4, and retrieve the pawn on the next turn. Either move can be played, e4 can be played to maximize central control, however, playing e3 enables a very cool trap Black can fall for if he gets too greedy.

Black played b5 to protect the c4-pawn, however, White throws in a4 to pressurize Black. If Black takes the a4 pawn, White has the pleasant option for which pawn, the a4 or c4 pawn, to take, and the other pawn will be weak. In the event that Black plays a6, we take the pawn on b5, as the a6-pawn is pinned. If Black plays c6, we still play axb5, cxb5, Qf3.

The Rook is simply trapped. Many beginners fall for it. If you potentially want some free points from this trap, e3 may be the way to go. A very good trap to know for the Queen’s Gambit in chess.

How to properly play against the Queen’s Gambit Accepted as Black? Just develop normally, accept that you will lose the pawn, then start a normal chess game, the best player wins! :) 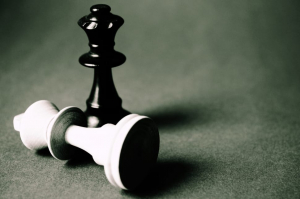 As important as it is to cover the accepted version of the Queen’s Gambit in chess, there are other variations we should discuss, with Black declining the gambited pawn. We won’t really look at variations where Black ignores the pawn with a move like Nf6 or Nc6, because this is passive, and this is because since there is tension brewing in the center, it would be pretty passive to defend with Knights, so a pawn defense in the center is advised. There are two primary ways to defend the pawn on the second move: e6 and c6. We will discuss e6 on the second move for Black.

e6 does a few things as Black. Obviously, outside of defending the pawn, it lets the Bishop on f8 out, so it can develop, and allow Black to castle. However, there is one downside, in that e6 shuts out the c8-Bishop from the game. Since the overall pawn structure lies on light squares, and the Bishop is on a light square, that Bishop is deemed a “bad Bishop”.

What can you do about that “Bad Bishop”?

Just because Black has one weakness in the Queen’s Gambit Declined (the bad Bishop), does that mean this opening is complete garbage and should be avoided? Absolutely not! As all French Defense players know, the Bishop on c8 is not meant to be bad forever. There are a few methods you can use to ensure it’s not a burden on your position. You can activate it (would just take some effort), or you can trade it. The following example is a good example of how Black can activate his light-squared Bishop in this opening (the diagram is viewed on Black’s perspective)

As we see above, Black has the ability to play b6 and give the light-squared Bishop some activity. The Bishop does have some options, to go Bb7 and maybe dxc4 to free up the Bishop, or Ba6 to put some pressure on the c4-point, and maybe trade off light-squared Bishops if the position calls for it. A very good technique to know in the Queen’s Gambit Declined in chess on the Black side.

The idea of the Slav Defense is to solidify the center without locking in the light-squared Bishop. The main lines would go something like Nc3, Nf6, Nf3, and Black has a few options. e6 leads to a semi-slav defense, with the Bishop shut out. Note if Black plays Bf5 immediately, there can be issues with Qb3. One of the main lines that would be good to know is dxc4.

Your goal is to simply develop the light-squared Bishop without fear of Qb3 coming. 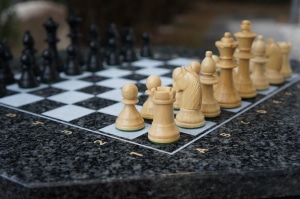 Hopefully, you know by now if the Queen’s Gambit opening in chess is for you. Try it out in a few games!