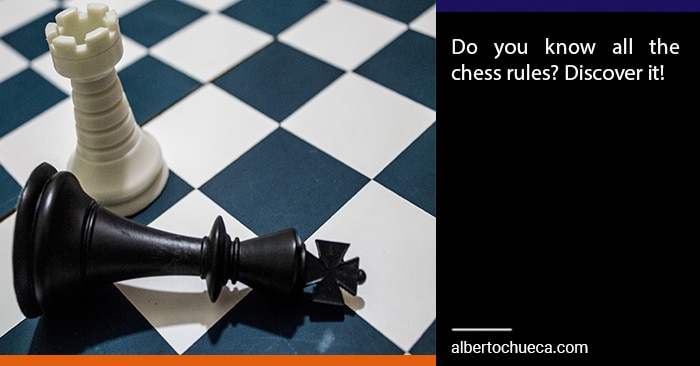 If you bought a chess set, you watched a movie where it is mentioned or you’ve seen it play live but you don’t know the rules of this game, this article is the right one. It will teach you the basics you should know. 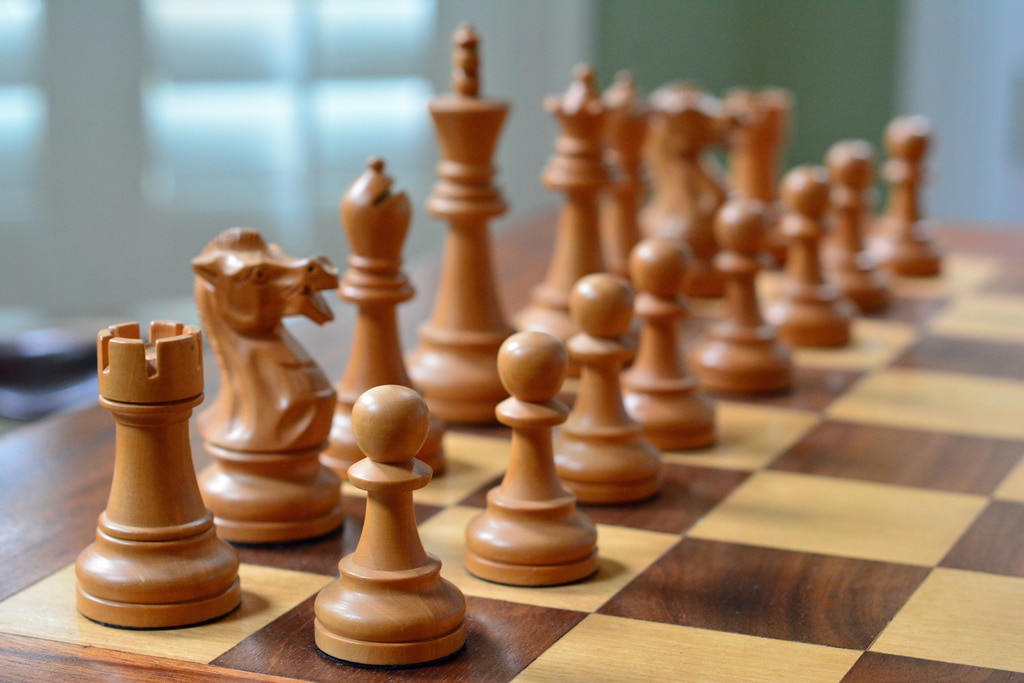 Before you start playing you should know the game requires a board, pieces and two people to be able to start. This game is a sport, shows the strategy that a person has to create in order to capture the opponent’s king through mental agility.

The board has 64 squares divided into eight rows and eight columns. The rows are numbered from 1 to 8 and the columns are named from left to right from the letter “A” to “H” so the squares are defined by a letter and a number.

The pieces have an orders in the chess rules to follow, don’t get confused!

On the squares are the chess pieces, which in turn are divided into white and black pieces.  They are One (1) king, one (1) queen, two (2) rooks, two (2) knights, two (2) bishops, and eight (8) pawns.  These pieces must place in order. In the player’s first column with the white pieces, the following pieces are from left to right: rook, knight, bishop, queen, king, bishop, knight, and rook. The player with black pieces from left to right will place them as follows: rook, knight, bishop, King, queen, bishop, knight, and rook. Both players in the next column will place the eight pawns.

The player who touches the white pieces will always be the one who has the first move. The game begins when this player makes his move. After the first move, the player with the black pieces must respond by making his move, so consecutively until the king is captured.

The chess rules state players have only one (1) move, it is done when the person moves one of their pieces towards a square, not being allowed to make two (2) consecutive moves, nor move two (2) pieces at a time, however, there is an exception to this rule is “castling”, I will explain later.

An important chess rule is the queen is always on the square of its own color. This is for not confuse the king’s position with the queen.

Each player will be able to remove pieces from the opponent by “capturing”. It depends on the piece will have several ways of “capturing”. When the capture is made, the piece that is used in the movement remains in the square of the eliminated piece.

Movement of each piece for chess rules

This piece is the simplest there is on the board, but not the least important. Some people underestimate it, but a good chess player knows that with it, he/she can achieve interesting things. The pawn only moves one way: forward one (1) square at a time, except at the start of the game, where it is allowed to move two (2) squares, for example, if the white pawn is located on the starting square b2 you can move to b4.

It eats diagonally, if it encounters a piece on the way either to the right or to the left diagonally it can eat it.

All the pieces are important, so the chess rules are vital.

There is a chess rule “en passant” where the pawn can capture another pawn on its side. For this rule, the pawns have to be from the second to the fourth row, or from the seventh to the fifth if you play with black pieces, and there has to be a pawn from the opposite side to him. In this way, our pawn can capture diagonally to the square that was protected by it.

If a pawn reaches the last row of the promotion board. You can exchange the pawn for the piece you want less for a king or another pawn. Almost everyone converts the pawn into a queen.

The rook always moves straight, horizontally or vertically as many squares as it wants, but without jumping over other pieces. The squares have to be empty for it to move unless you want to capture an opponent’s piece.

The bishop moves diagonally all the squares you want, as long as its movement does not interrupt, just like the rook cannot jump pieces.

It’s the only one moves in an “L” shape. It consists of taking two (2) steps in a straight line, either horizontally or vertically, and one (1) of a side, either to the left or to the right. It can move forward or backward and It can jump over other pieces. The chess rules allow the knight to jump from the beginning of the game, which means you can use it to start the game.

So you can understand it better; a white knight in b2 can jump b2’s pawn and reach either c3 or a3. If you want to capture with this piece, you need the opponent’s piece to capture will be on the target square, not on the square that can jump.

It moves in all possible ways on the board, that is, it can move in straight line, horizontal, vertical and diagonal.  The queen, the only thing you can’t do: jump over other pieces like the knight.

You can move in any direction, either horizontally, vertically, or diagonally but one (1) square at a time. The “castling” moves explained below includes the combined king in one move with the rook.

Castling is a movement in which the king and the rook can change their position simultaneously. For this it is necessary:

– The king cannot be in check.

– The king has not moved during the game.

– The rook that castles together with the king should not have moved during the game either.

– The king cannot pass through a square that is threatened by an opponent’s piece.

– The squares between the king and the rook must be free (there must be neither bishop nor knight).

I hope the chess rules help you understand a little more about chess.

▷ The Chess Set To Revolutionize The Game — Square Off